Last week I met Jessica and Bryan down by the beaches of Watch Hill, RI. Although it is the area where Jessica grew up, it was my first time there  – and  it was stunningly beautiful! The whole area was fantastic, but the walk down to the beach was probably my favorite part…a beautiful, photographically gorgeous walk (texture, texture and more texture – everywhere!)!

We had a great time together during out session, Jessica and Bryan warmed up to being behind the camera in just a matter of minutes and they are fantastic together! I can’t believe that it will be almost a year before I get to work with them again for their wedding day! I will be looking forward to it~

BTW – That is an ACTUAL butterfly, in the first picture, that fluttered by just as I was snapping away! 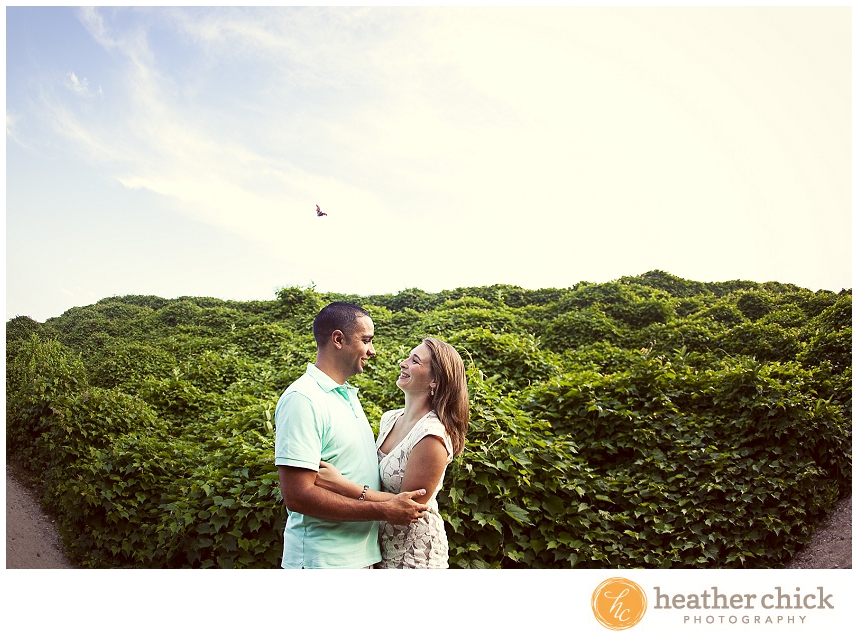 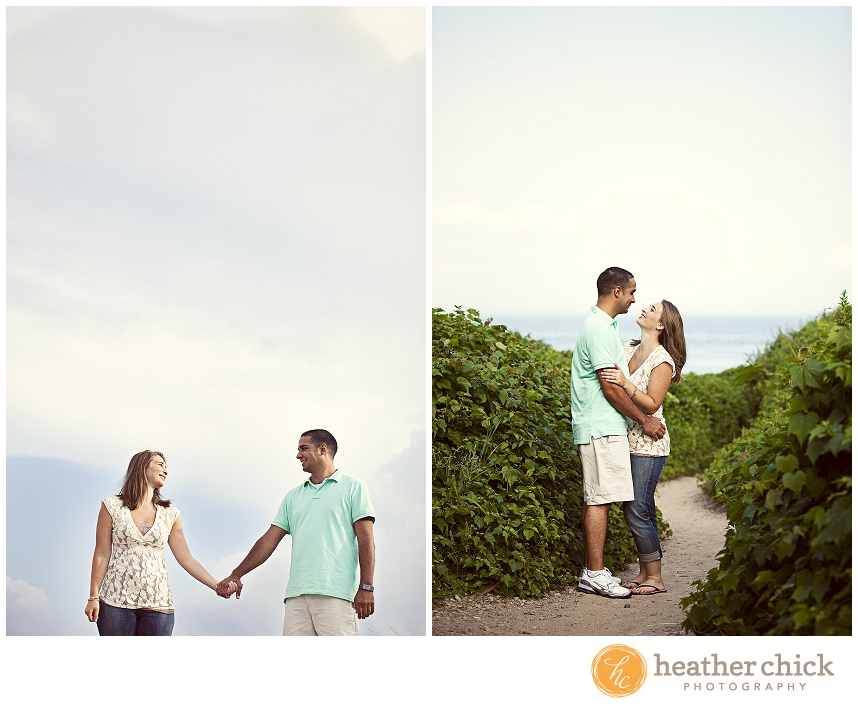 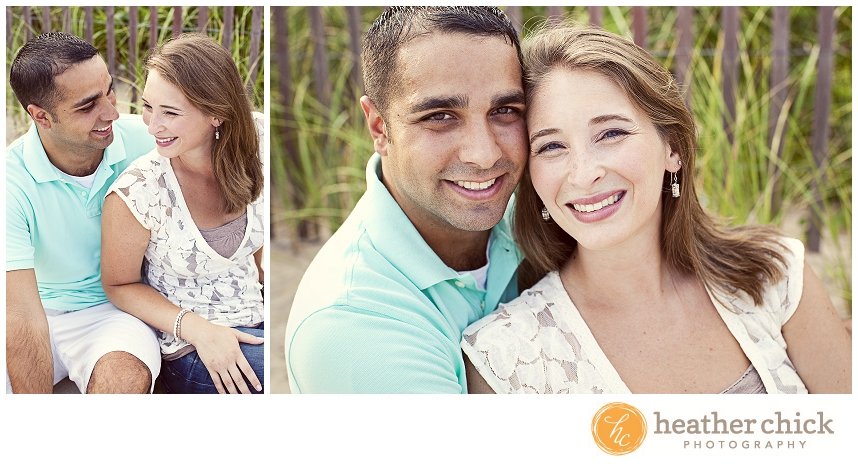 The next two are the same picture…I just couldn’t decide which I liked better…color or bw! 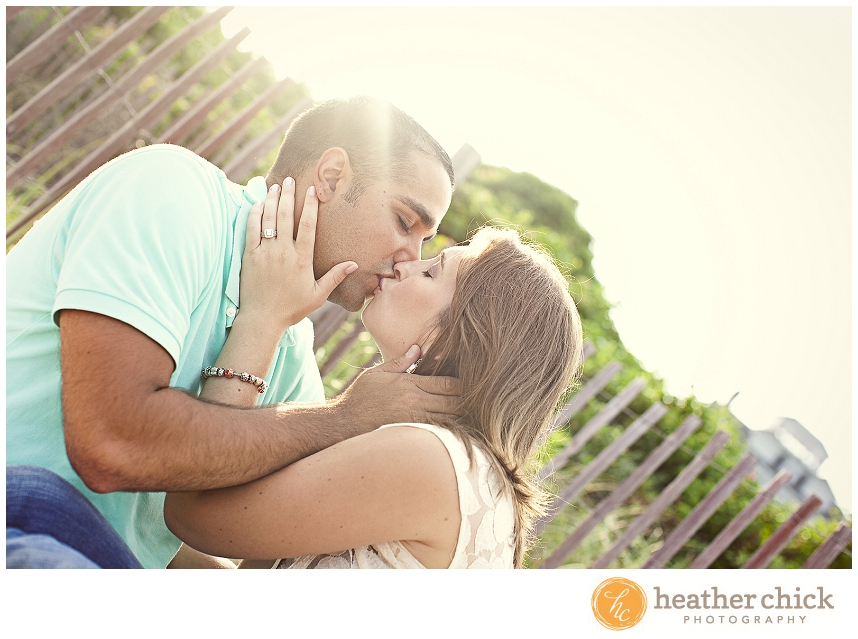 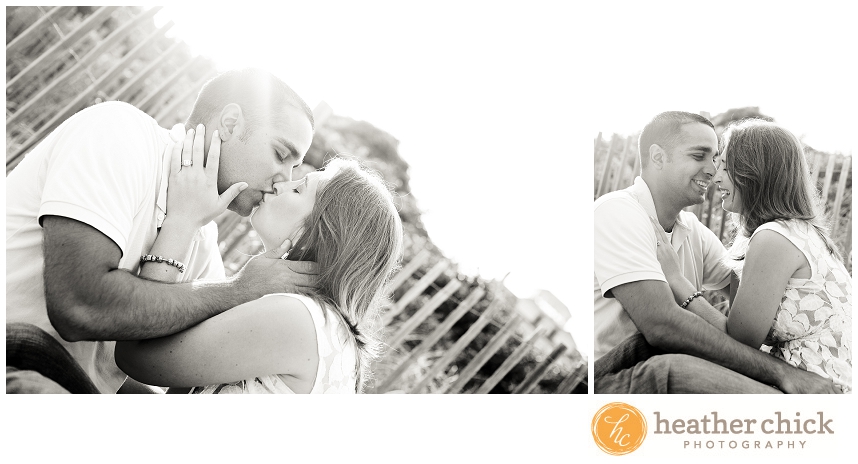 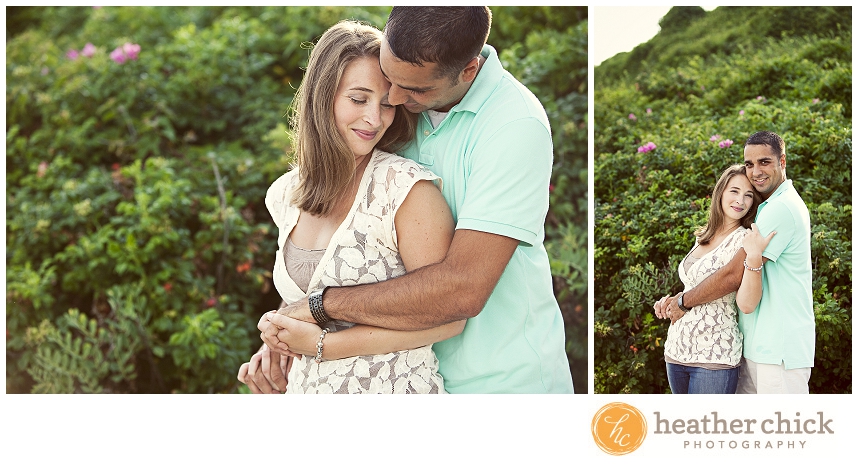 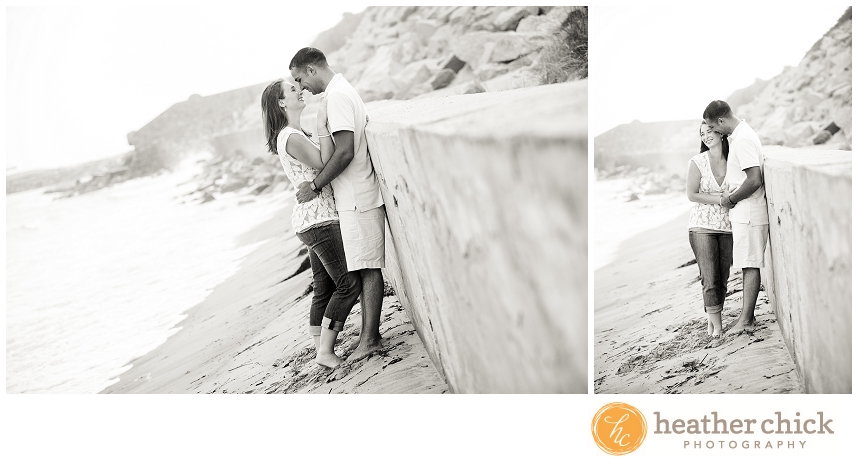 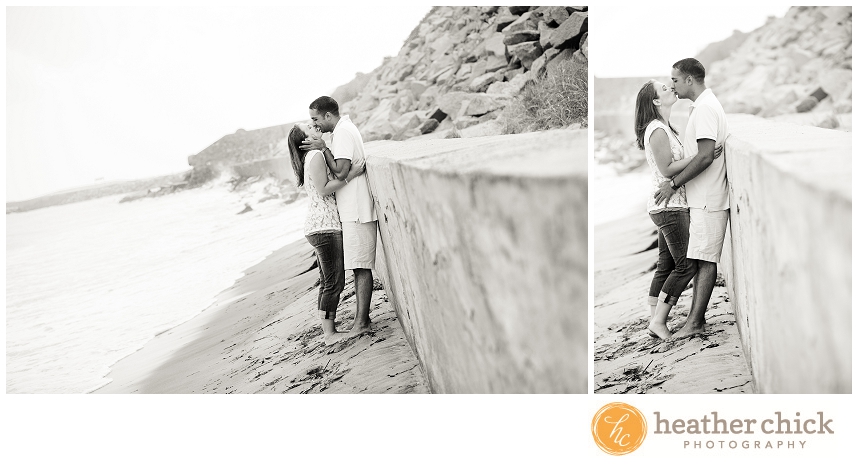 I have a bunch of these types of shots…just playing around and I am in love with them :)! 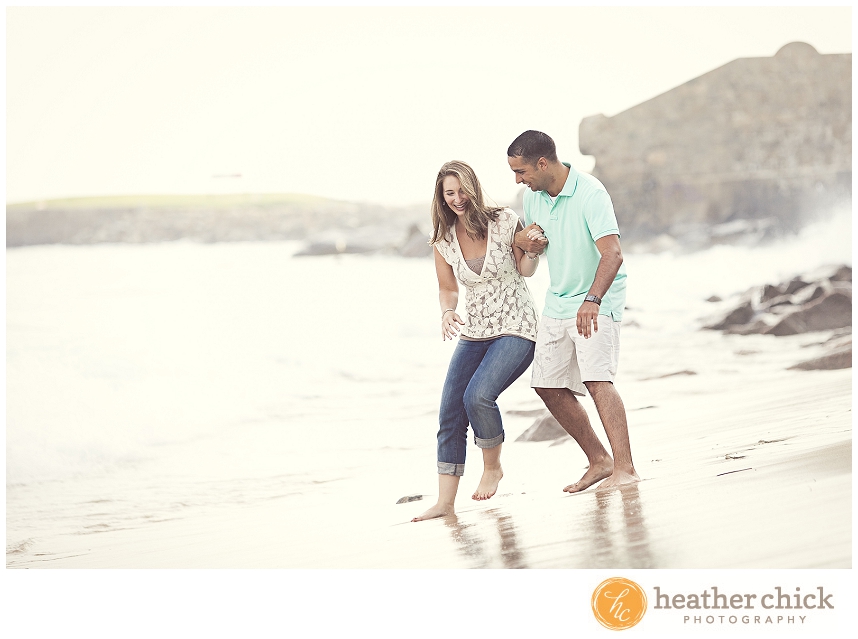 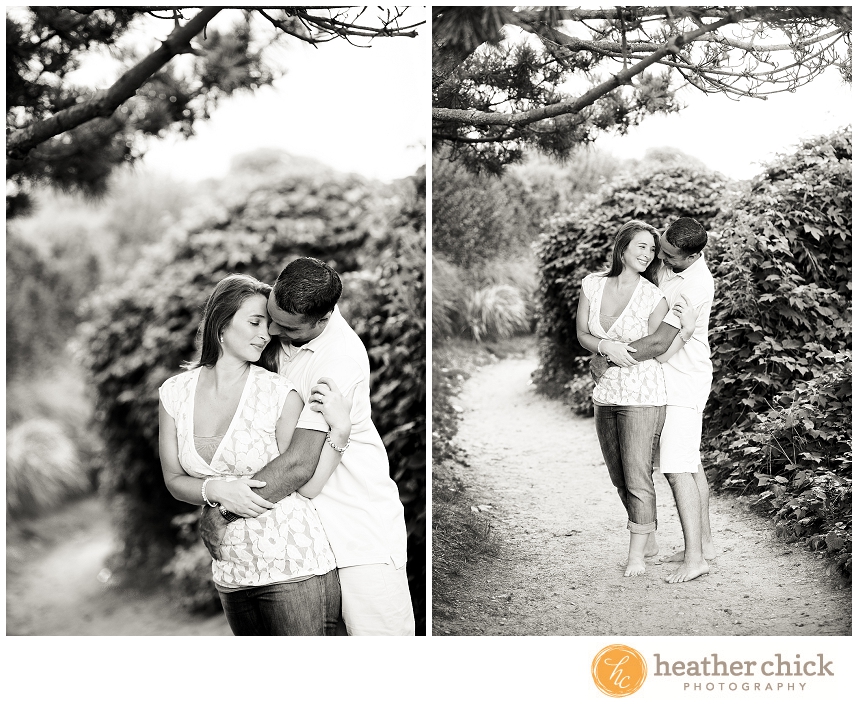 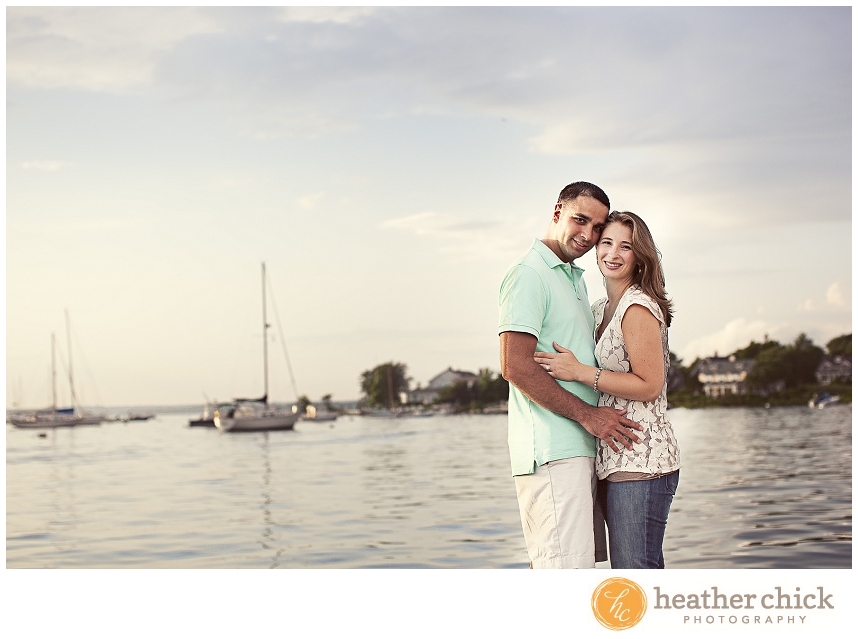 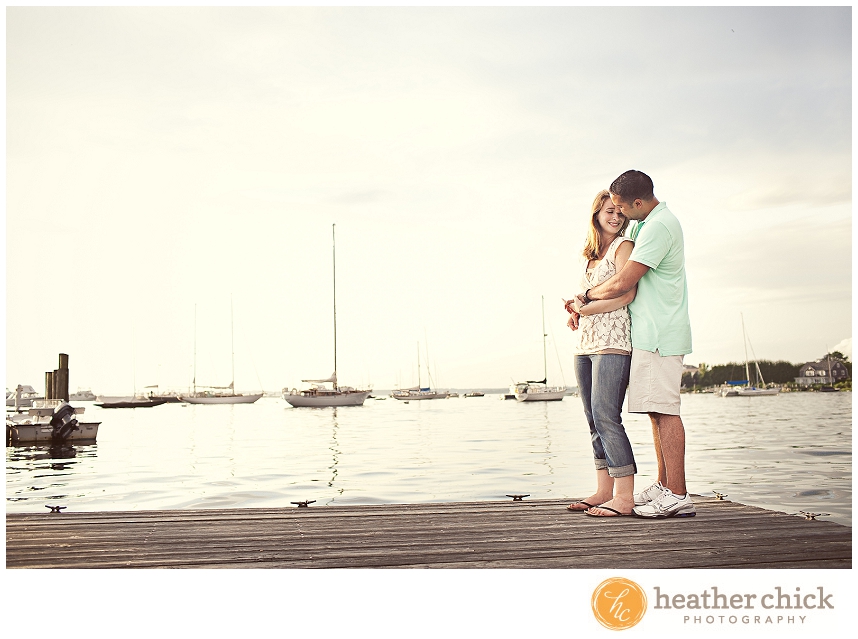 How did he propose |   Told by Jessica – It was a beautiful day at Magic Kingdom in Disney World and we had reservations at Cinderella’s Castle for dinner.  We took pictures with Cinderella and ordered our dinner.  Bryan was not feeling well and did not care much for the food, which I thought was delicious.  We finished our entre and our waiter said “”Prince, Princess, I will check with the Wicked Step Sisters to see if your dessert is ready.”  Then Bryan started telling me how much he loves me and what a great time he was having and said “There is another reason we are here tonight” and dropped to one knee and the waiter came from behind me with a ring in a glass slipper on a bed of roses.  I said yes and Bryan feasted on both of our Happily Ever After desserts.