I have been awaiting this little guy’s arrival since last summer when Casey told me she was pregnant! We were at her best friend’s wedding and Casey was in the wedding (hence the reason I was photographing it:) Casey, Dan and I go all the way back to when they were pregnant with their first child – daughter Kaylee, and although I didn’t know Casey personally, we both grew up in the same town and I knew her older sister!

When I arrived at their home, there were some changes since my last visit! They had remodeled their bedroom and had it ready for our session! It looked awesome! Dan is quite talented and made their headboard that you see behind them in this first picture!

The session went so well – with Kaylee being only 2, she was an awesome big sister and so much fun to work with! She MAY still be calling Rowan, “her sister”, but that is quite alright!! It just might mean that Casey and Dan may have to go on to have a third :)! 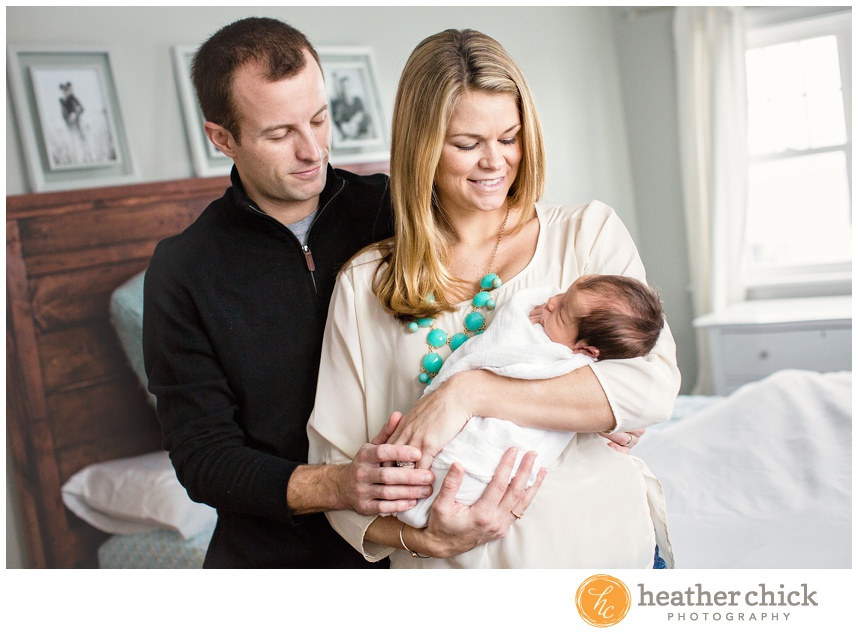 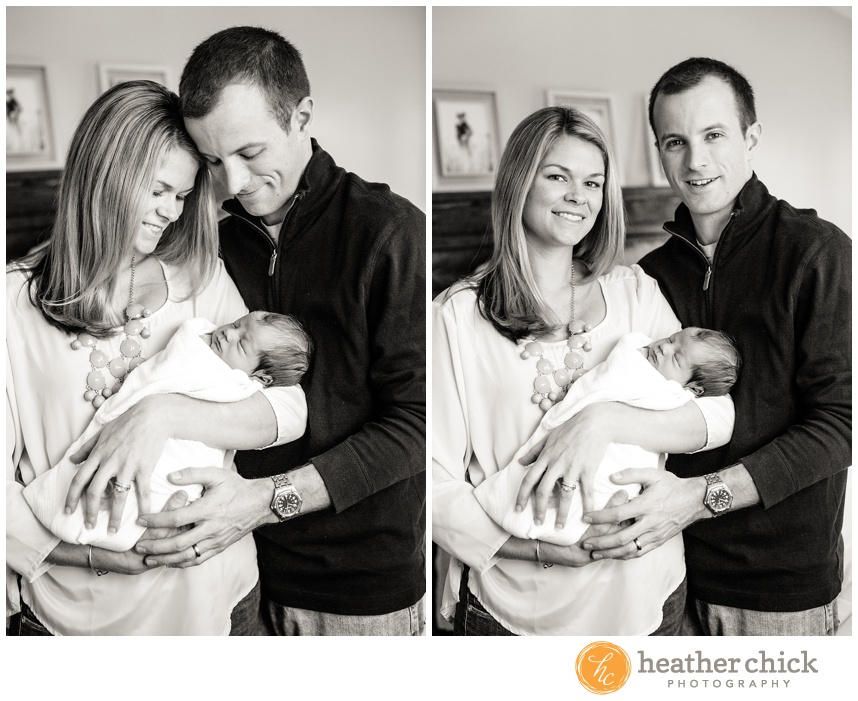 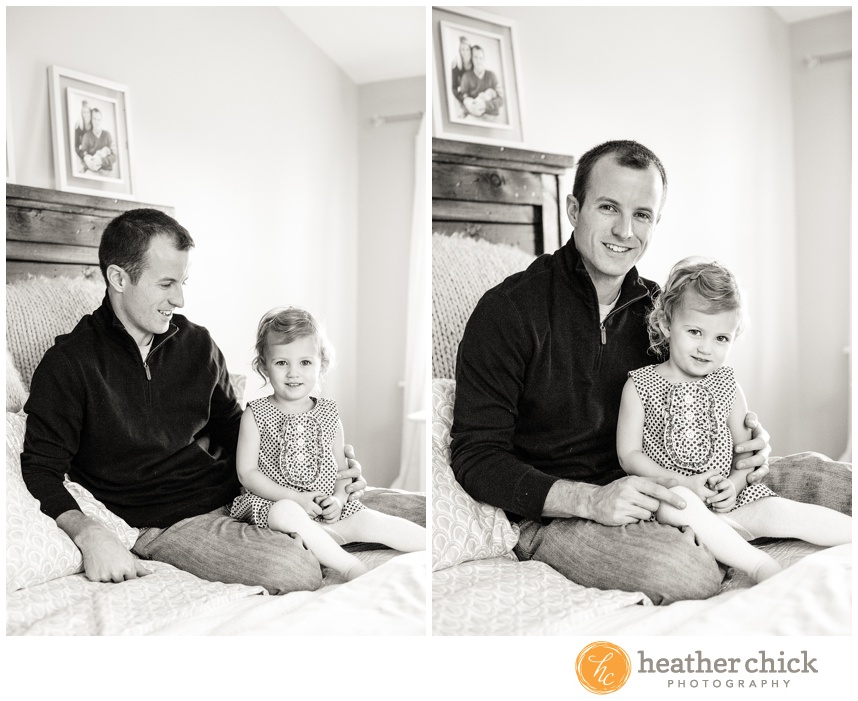 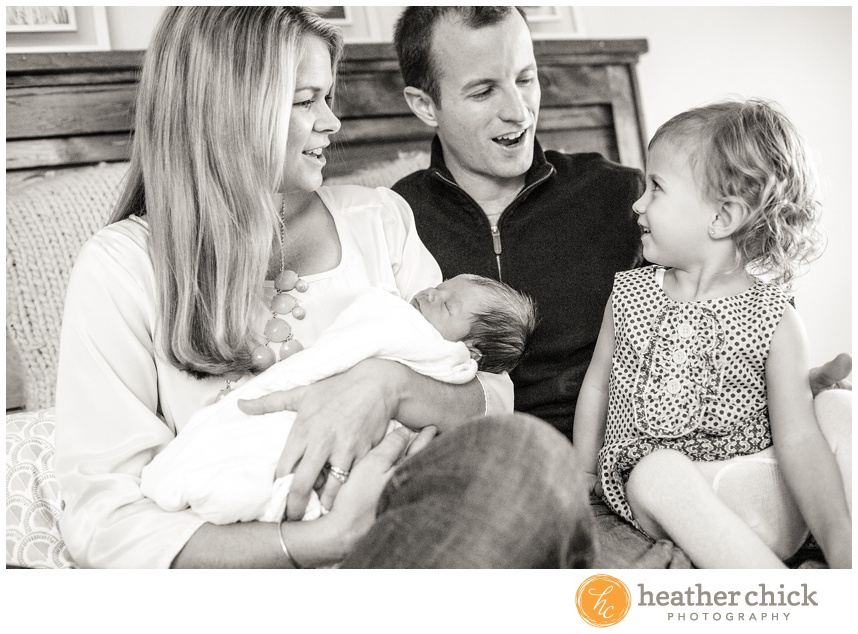 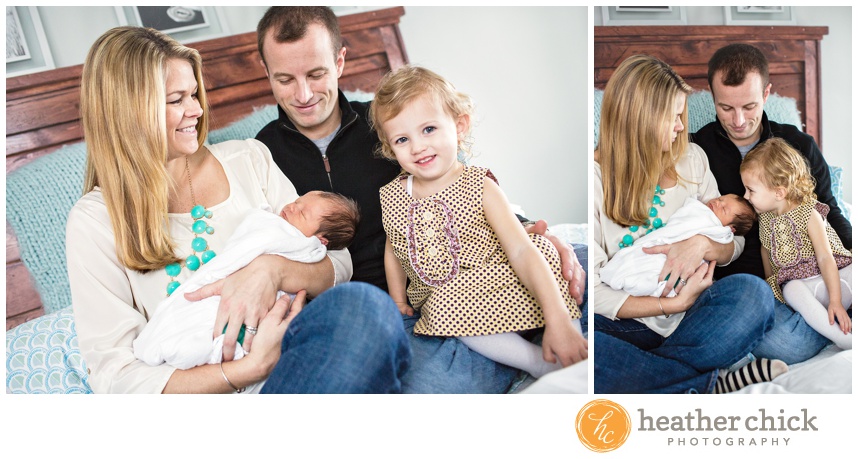 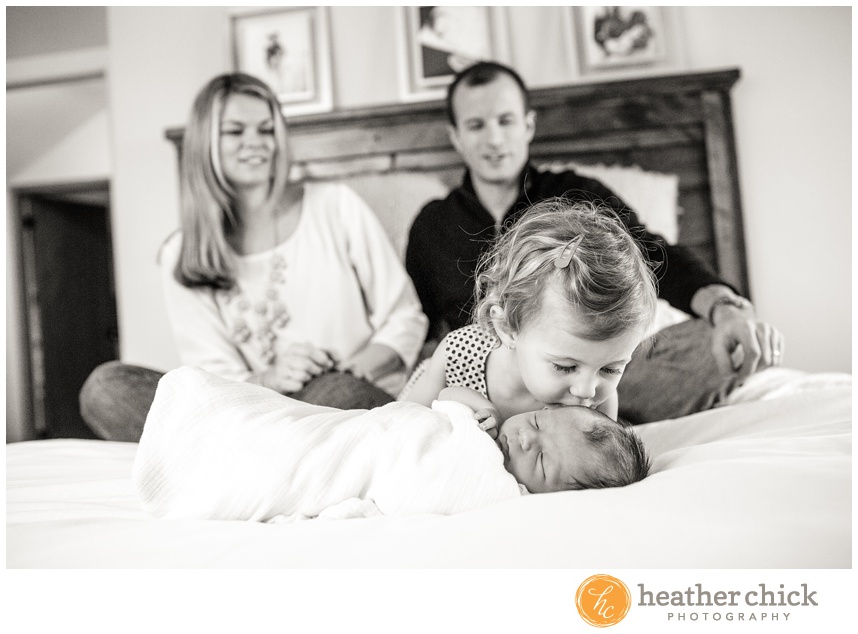 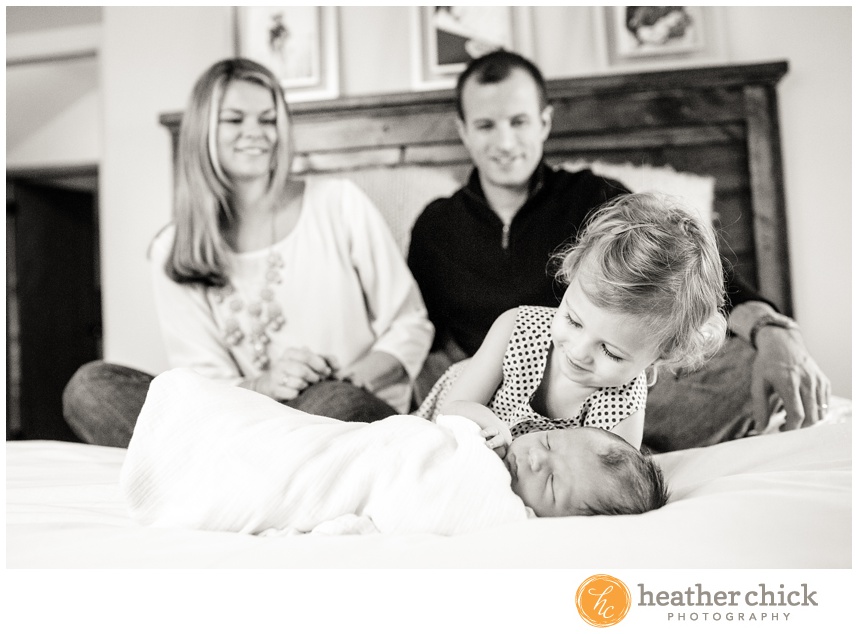 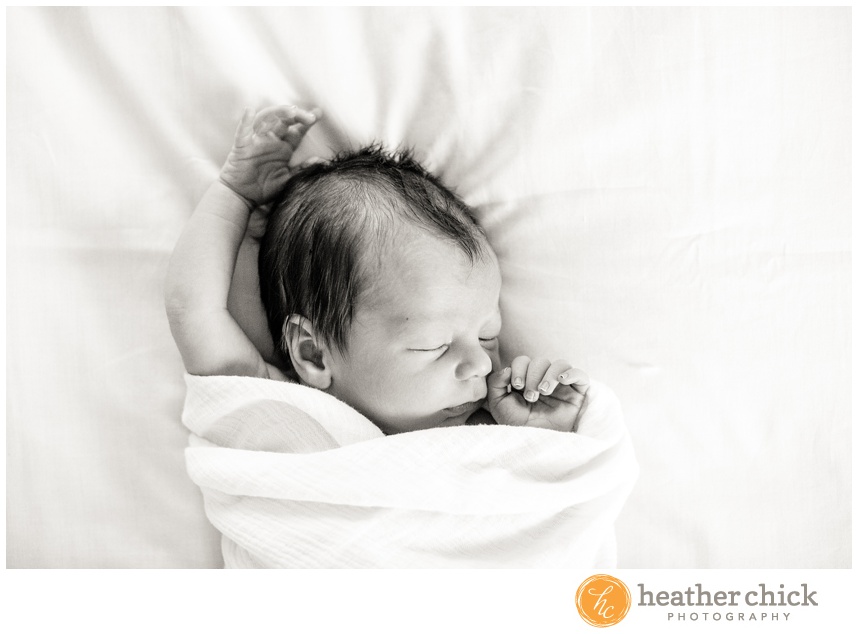 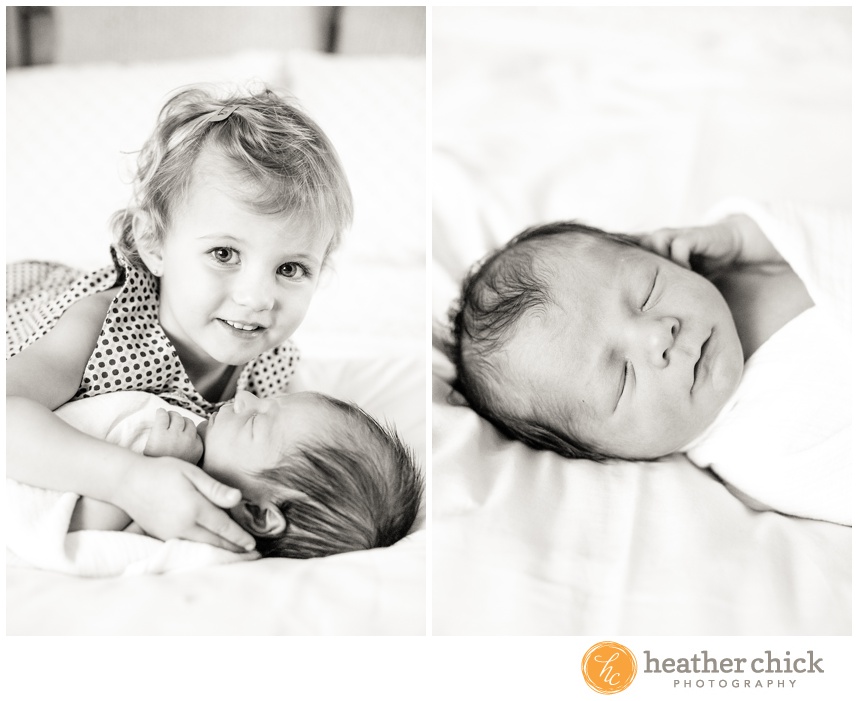 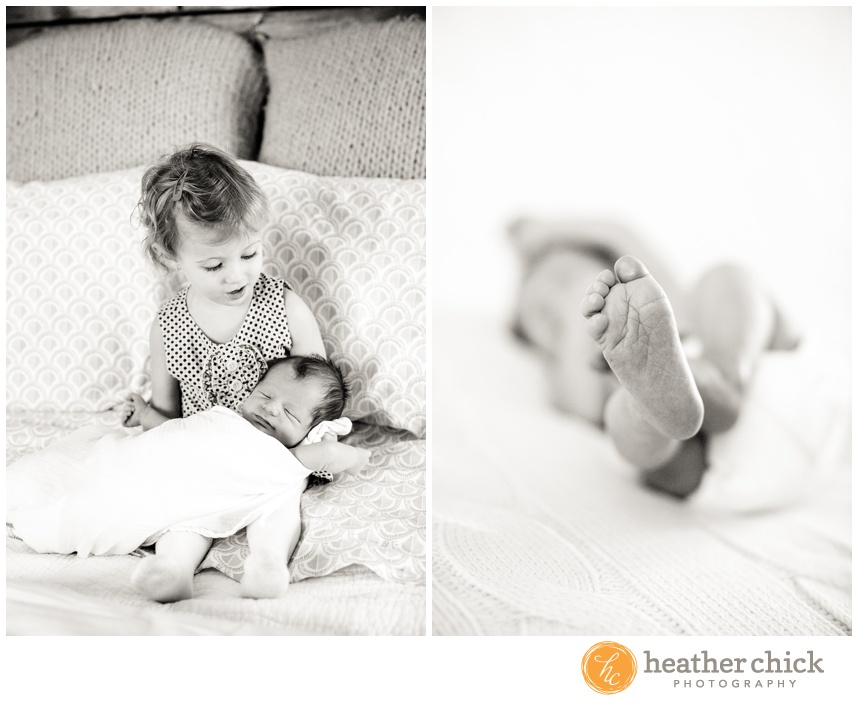 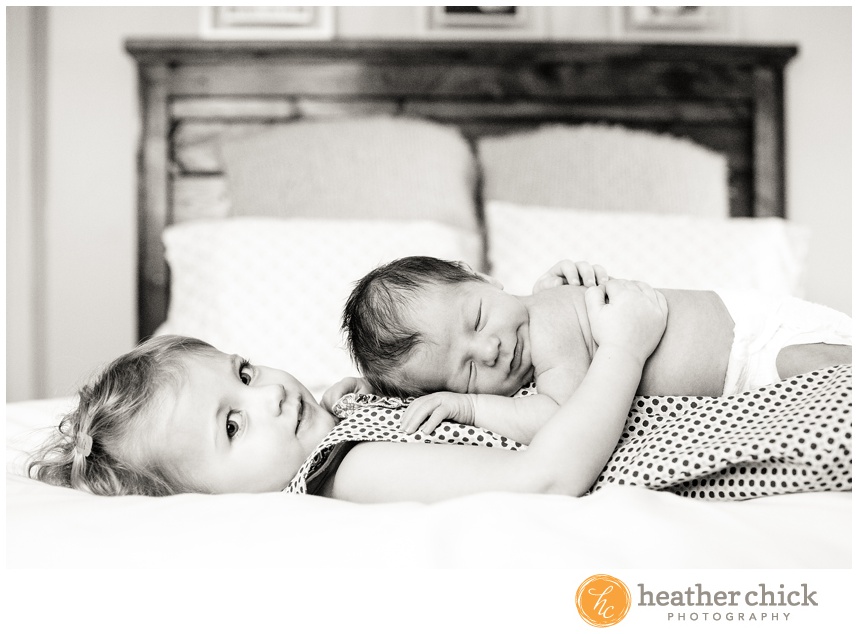 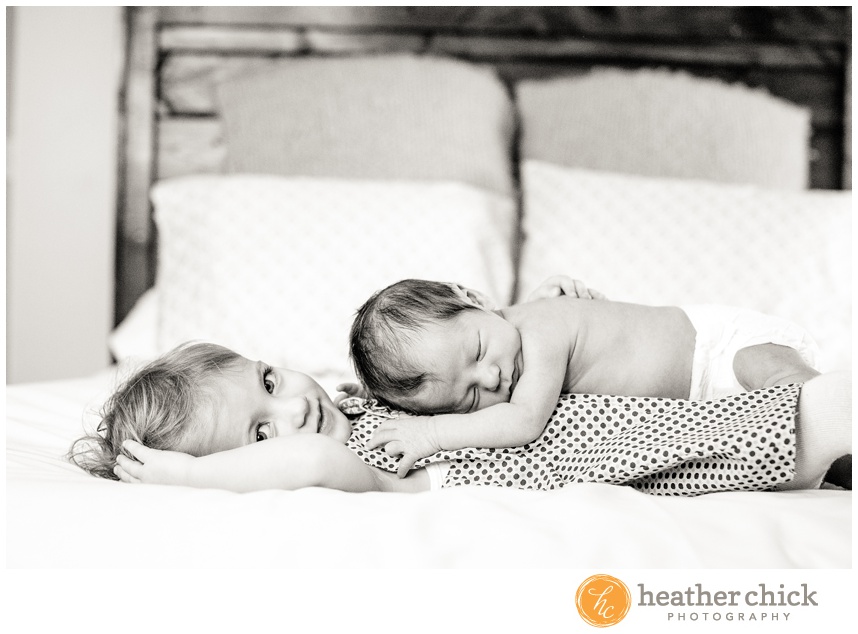 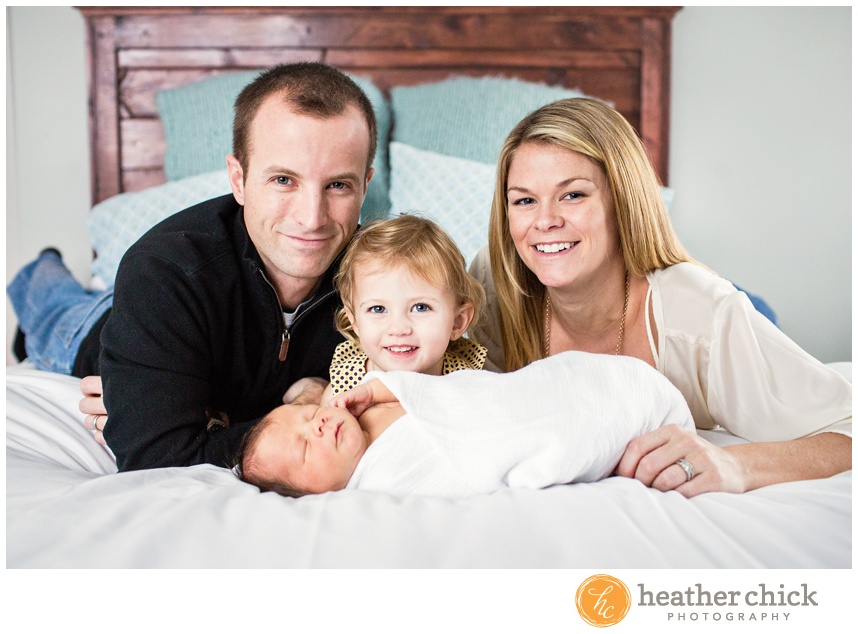 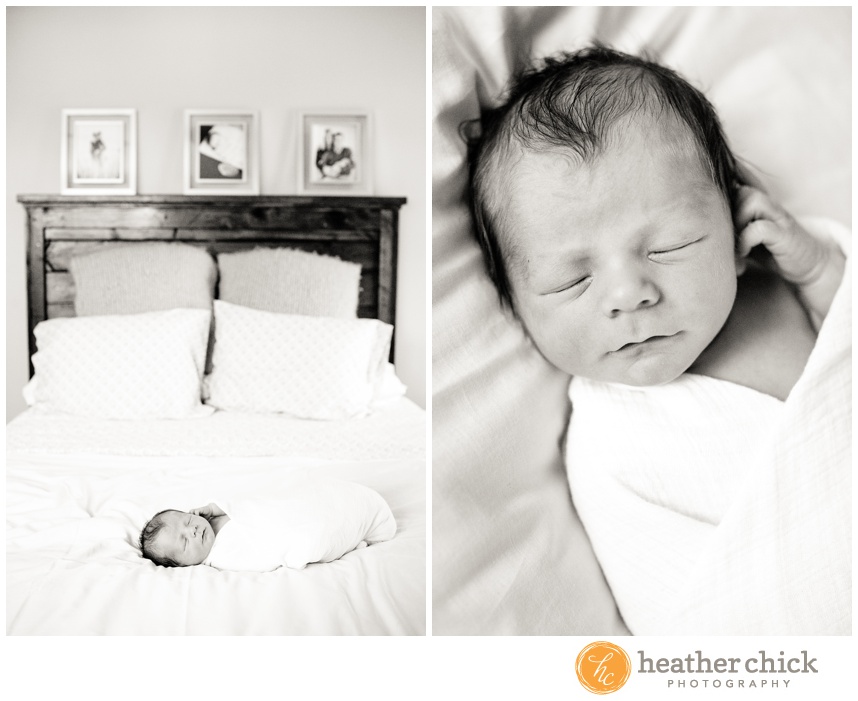 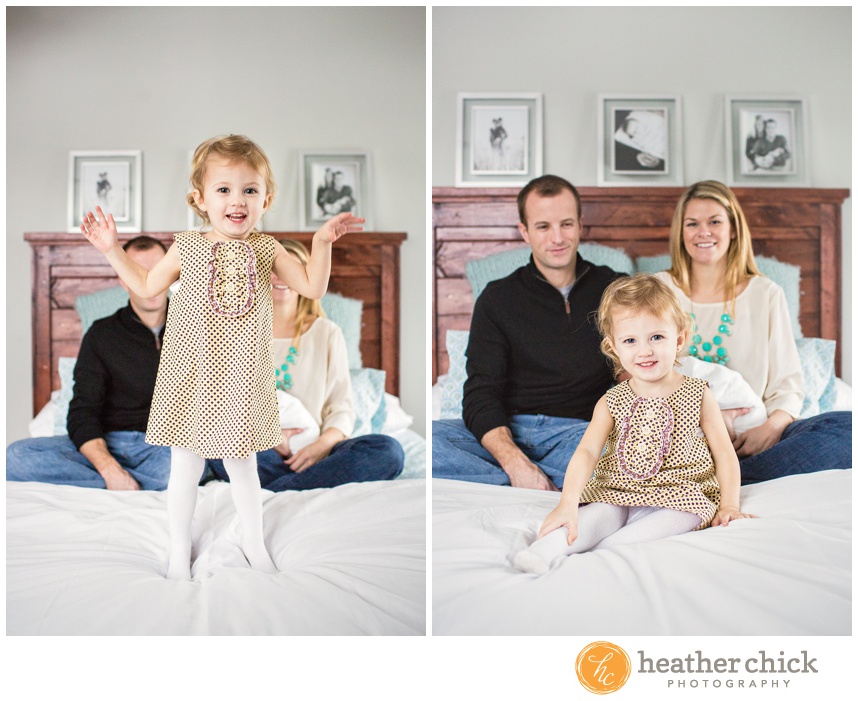 I love the one on the right of Kaylee and her stuffed bunny Simpson (I think!!). She naturally started holding it like it was her baby – just the way her mama was! She even passed Simpson to me in the most gentle way that you would transfer a baby – adorable! 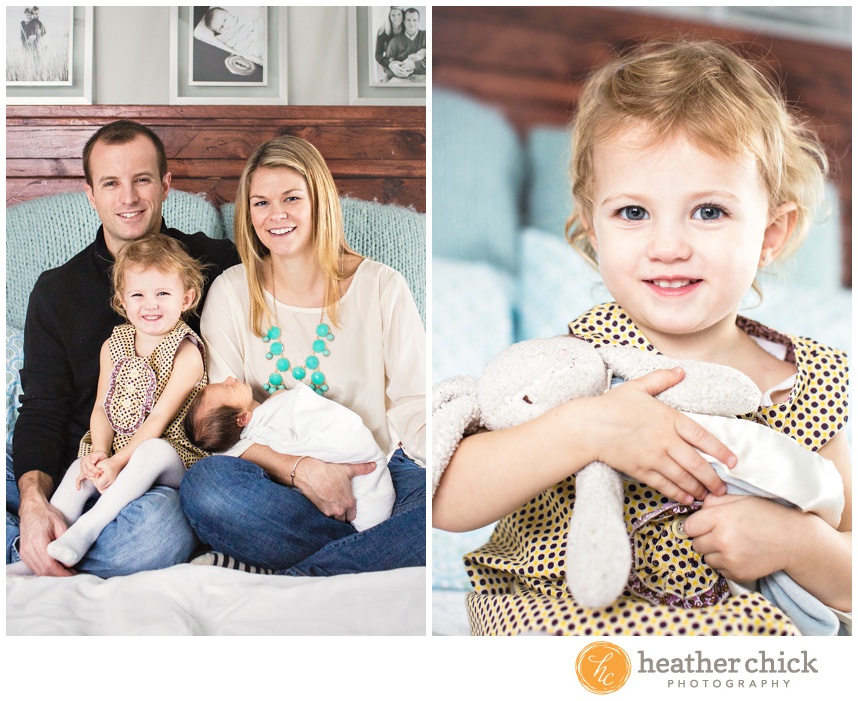 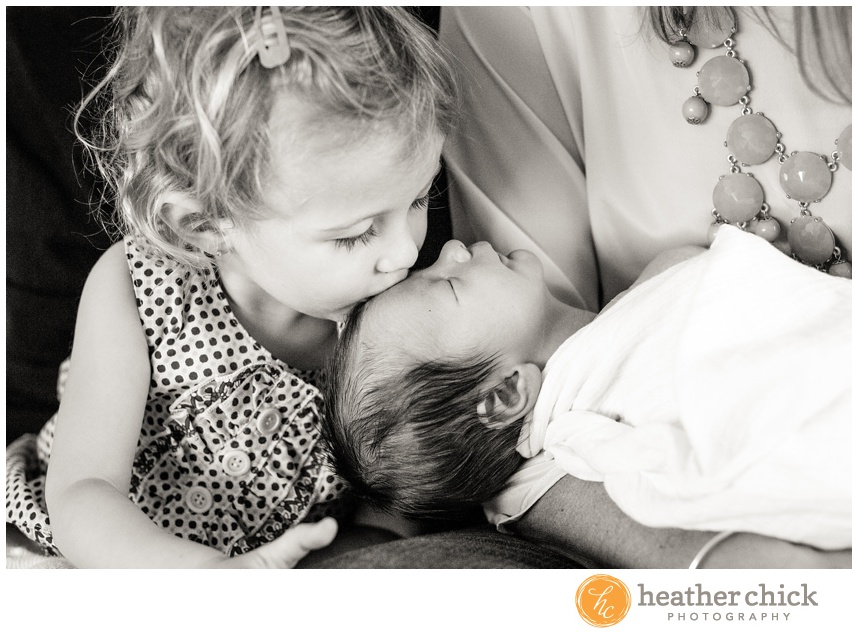 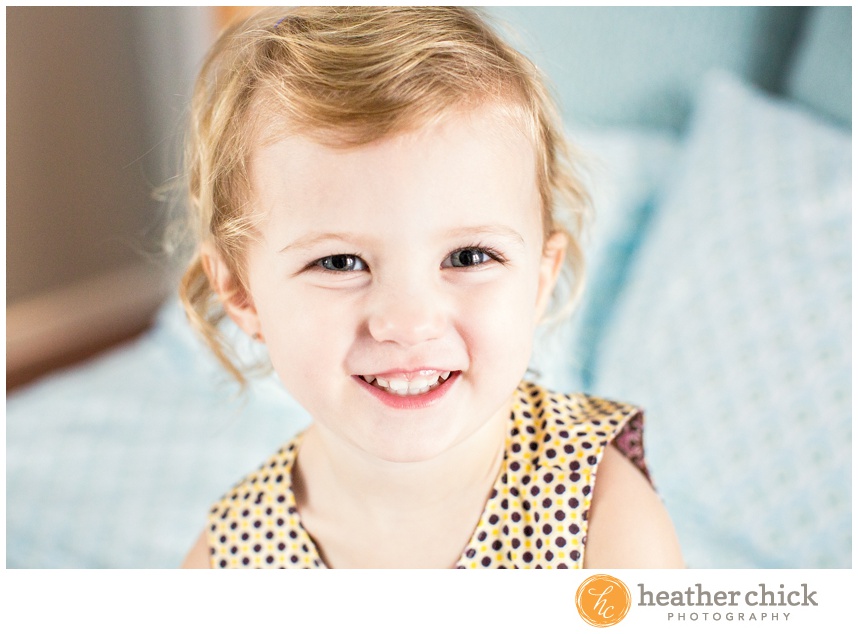 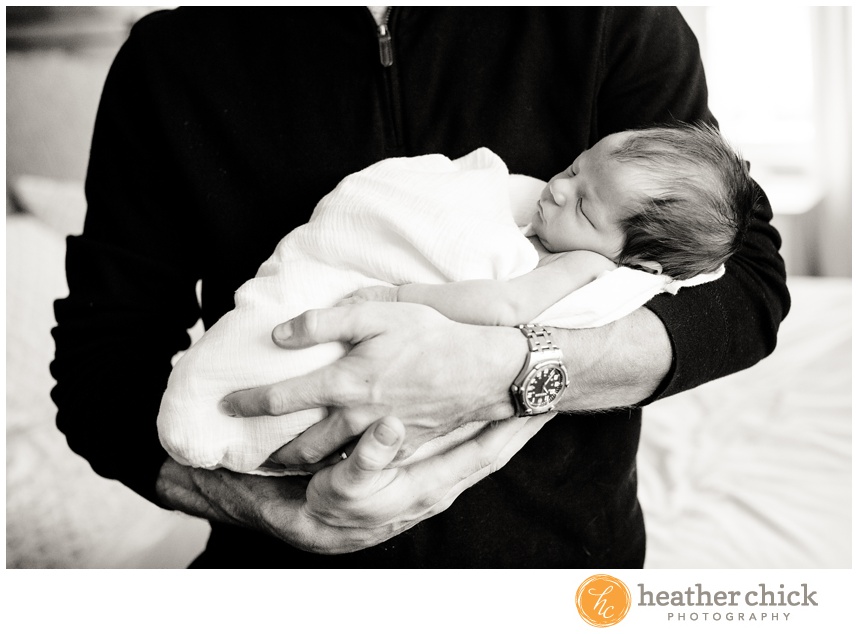 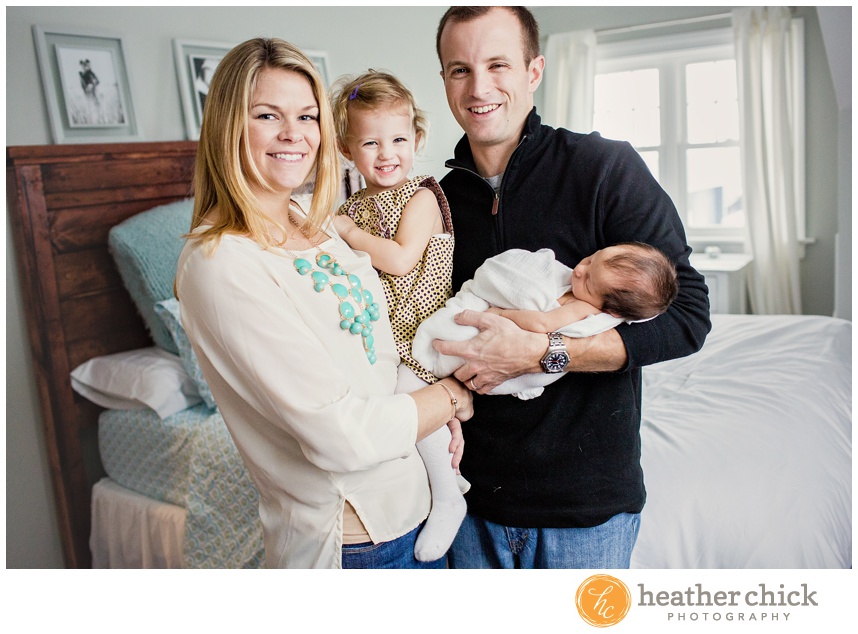 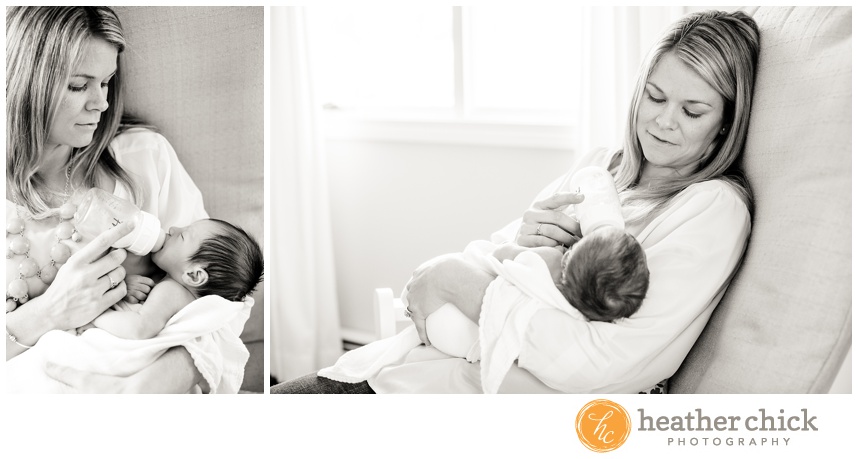 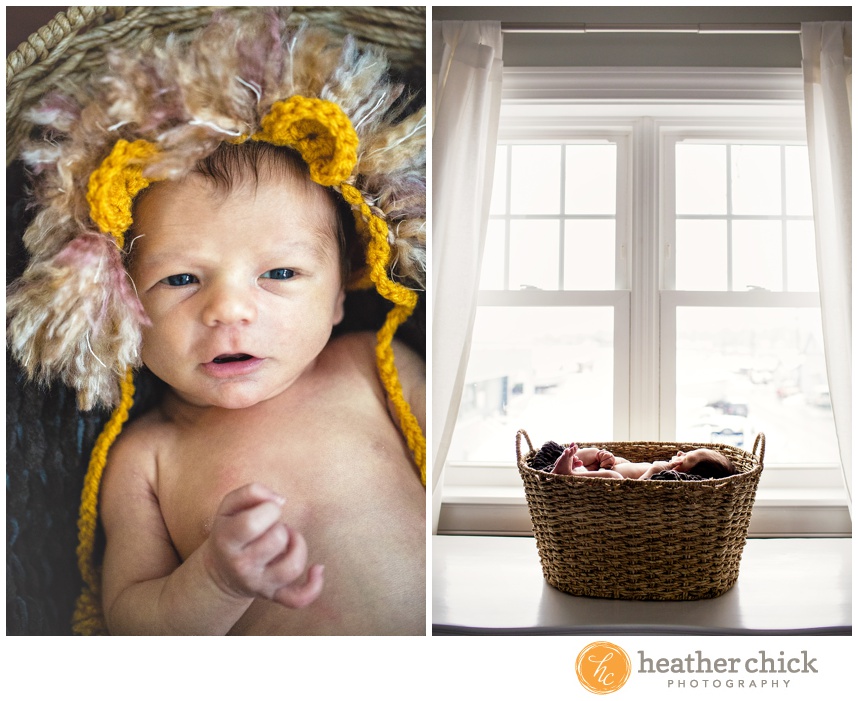 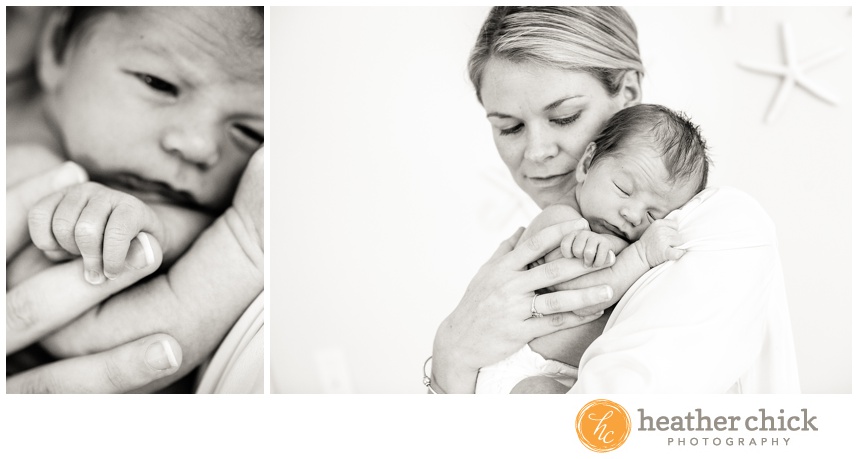 Casey had a few ideas when I arrived and these glasses were one of them! We were having some trouble getting Rowan to settle into sleeping when it was his turn, but amazingly, a cold hard book worked (with a LOT of shushing:)! 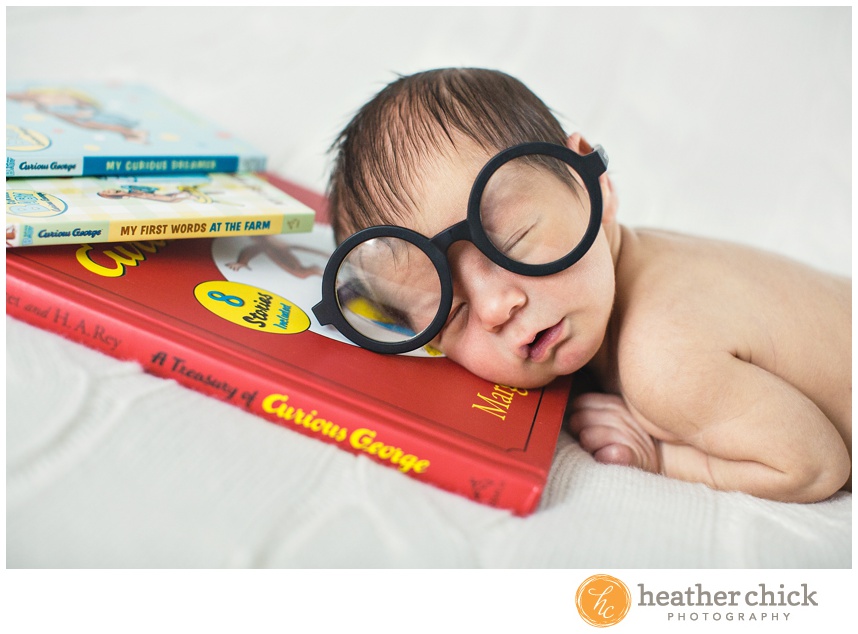 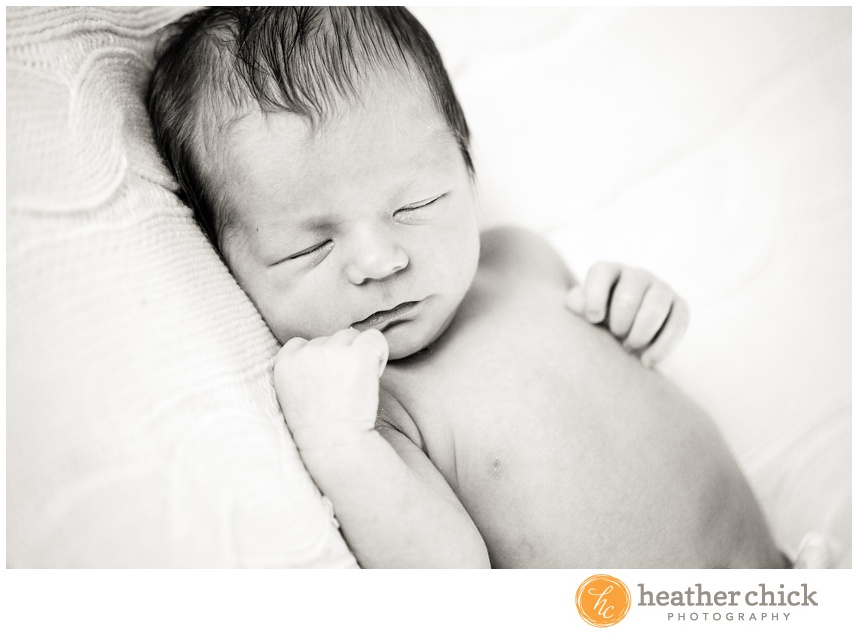 I noticed a common theme for Rowan – he likes to put one hand up behind his head! I wonder if this will be a common thing for him as he grows….only time will tell! 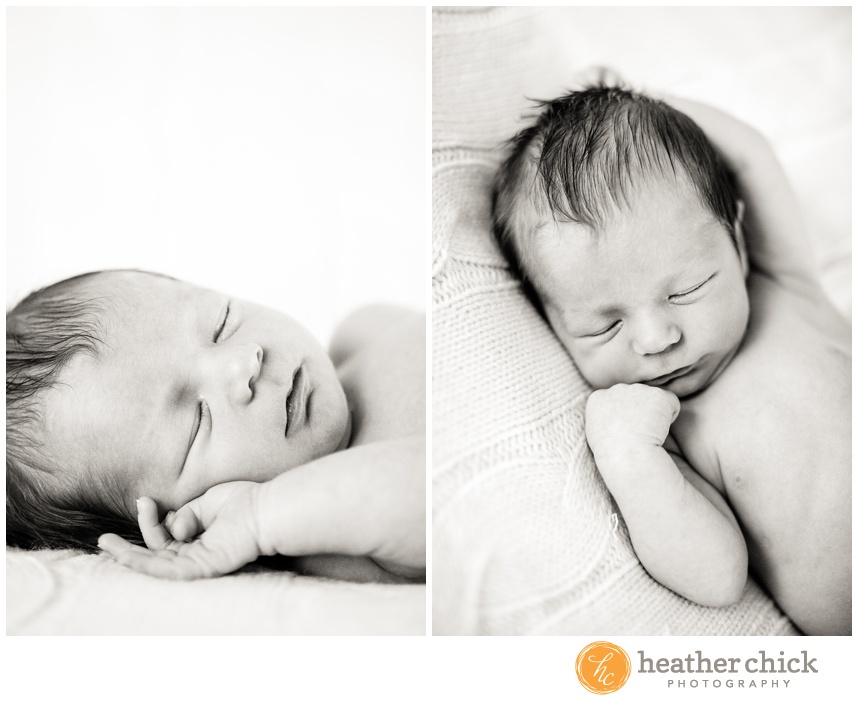 Casey, Dan & Kaylee – Congratulations on your growing family! Kaylee is AWESOME and dark haired Rowan is cute as can be – you are a lucky bunch! Hope I get to see you again soon:)!